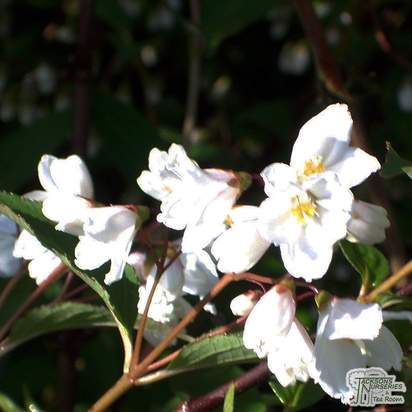 Deutzia x lemoinei is an erect, twiggy shrub which bears masses of small, showy white flowers in late May. These are borne on slender stems above lanceolate, mid-green leaves which have sharp margins. It is an average grower which is ideal for a partially shaded site of a small to medium sized garden.