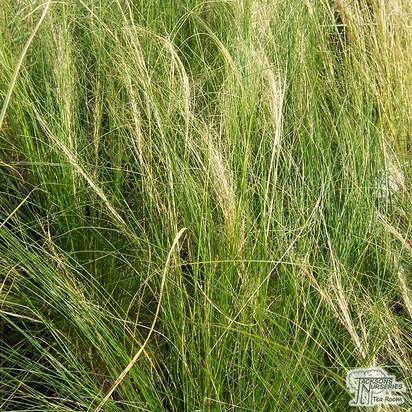 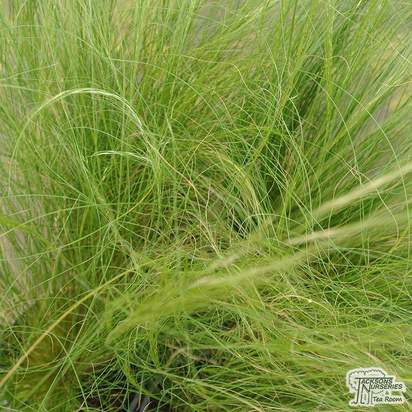 An attractive, clump-forming, deciduous grass that quickly forms a dense mound of slender, wispy bright green leaves. These are topped with beautiful, fluffy bronze flower heads throughout the summer and wave gracefully in the wind, adding texture and movement to the garden.

It's ornamental appeal makes it perfect for incorporating into a cottage garden setting or growing at the front of a sunny border with a poor to moderately fertile soil. An eye-catching form of Mexican grass which makes a great addition to the sensory garden and looks stunning against rocks and bold-textured plants.

Please Note: Plants in pot sizes OVER 15 litre pots will require a pallet delivery starting at £45.00 per pallet. Our specimen bamboos in 20 litre pots and above can grow up to around 3-4m while here on the nursery. Due to domestic courier weight restrictions delivery is only possible via a freight courier on a pallet. Unfortunately we are restricted to a maximum consignment height of 2m, this has to include the height of the pallet and the height of the pot so we have to cut the plants accordingly. Cutting the plants down with not harm their growth. As most of the foliage is usually towards the top half of the plant they can look quite sparse however eventually you will be left with a far denser bushier plant.

Evergreen grasses can be trimmed in spring. Remove brown tips and cut back dead leaves that usually collect around the base of the plant.